You are here: Home / AirTag / 10 Ways to Use Apple AirTags 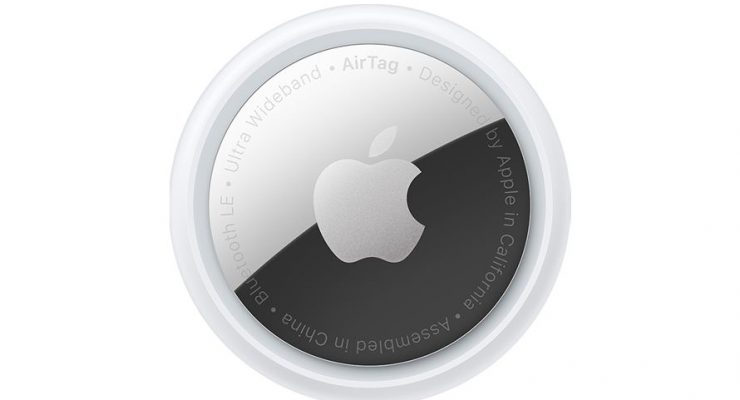 With the Apple AirTag now available in the market, Apple fans are delighted to know that these tiny devices are competitively priced given their amazing features and capabilities. The Apple AirTag is designed to be small and shaped like a button and has a clean, glossy look – something you’d expect from Apple devices. There are several ways to use Apple AirTags and here are some of these methods.

The most basic use for an Apple AirTag is to use it as a keychain for your house keys or your car key. With your keys attached to an Apple AirTag, all you’ll need to do is open the Find My app on your iPhone and you’ll see where your keys are located. If that’s not enough, the Apple AirTag can also produce sounds so you can hear where it’ll be coming from. For each AirTag you use, you can label it with whatever item it’s attached to on your iPhone so you can distinguish which is which.

Another popular way of using an AirTag is by putting it inside your wallet. This can really come in handy in case you lose your wallet, or worse, get it stolen. The Apple AirTag is tiny and should fit virtually any wallet you use, though it might be a bit bulky for slim wallets. If you suddenly find your wallet missing, just open the Find My app to instantly find its location. Should a thief have it on hand, be sure not to alert the alarm function and call the authorities regarding the theft. You can silently track the whereabouts of your wallet.

Not a lot of people lose their backpacks but some do forget where they last placed them. If you’re one of these people,  Apple AirTag can certainly be of use in this scenario. The same can be applied with bicycles, as many people know that it’s one of the most common items to get stolen outside. Just attach the AirTag at the bottom of your cycle seat and you’ll be able to track it anytime.

Have you ever lost your luggage at the airport? Too many people can probably relate to this predicament. It’s a pretty common scenario for people who frequently travel, whether that’s for work or vacation. Suffice it to say, losing your luggage that has all your belongings can be a headache. Attach an AirTag to your luggage and you won’t have a problem with finding them again next time you travel.

One of the special features of the Apple AirTag is its capability to act as an NFC contact card. You can use your AirTag to share your information such as your phone number with whoever locates your item. Whoever finds your item simply has to place the top of their smartphone (it should be equipped with NFC) on the white side of the AirTag and wait until a notification shows up on their phone. This notification will provide them with the information needed to contact you.

AirTag can also be a life-saving device in case of an emergency. People with severe allergies need their medication right away if their allergies are triggered. Consider attaching an AirTag to your medication such as your EpiPen so that other people will know where to find it using your Find My app at a moment’s notice.

Pet owners know just how important location trackers are for pets. Some have even gone as far as microchipping their pets just to make sure that they’ll never be lost. However, if you want a less invasive approach to this, you can use an AirTag to keep track of your pets. Simply attach an AirTag to your pet’s collar and you’re good to go. You don’t even have to worry about water splashes, as the AirTag is IP67 water-resistant.

The same can also be done with your baby’s clothes and stroller. Babies require constant attention and with two parents working at the same time, it can be quite a challenge. Attaching an AirTag to your baby’s clothing can help you keep track of where he or she is at any given time. With AirTag’s accuracy, you’ll have no trouble keeping track of your baby’s whereabouts.

This concept applies not only to babies but also to old people, especially ones who suffer from cognitive diseases. If your loved one has Alzheimer’s or any other form of dementia, they’ll have a hard time recognizing faces and places. Due to this, there’s always a high chance of them leaving their homes and walking around places that they’re not even familiar with. You can use AirTag to make sure that you always know where they are. This way, you can keep track of them and make sure that they’re always safe.

With the audio capabilities of an Apple AirTag, you can also use it as beacons for the visually impaired. Enable the VoiceOver features of the Find My app, which you can locate in the Accessibility settings. This feature allows the iPhone to provide verbal step-by-step instructions to its users with the help of Precision Finding. Spoken directions like “AirTag is three feet away on your left” can help the visually impaired find their items faster.