You are here: Home / Ads / Are Apple’s Ads Too Simple? 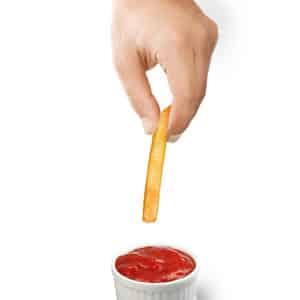 Apple’s ads in recent years have simplified more and more, to the point that there’s nothing but the product on a white background with its name below. Is it too little?

Ad designer Bryan Evans thinks that Apple’s advertisements have gotten scaled down and scaled down to the point that they’re downright boring. Apple would probably argue that their products are so high quality, they speak for themselves and don’t require any embellishment. But to illustrate his point, Evans has started a blog called Applefied Ads, which shows what it would be like if Apple’s super-simple ad program was used to market other common products.

Whether you agree with his assessment of Apple’s ad strategy (which he describes as “Product + Product Name + Hands-Touching-Product-formulaic-advertising BS”) or not, there’s no denying that the results posted to his blog are fascinating. I think it’s a relevant question he asks. “How simple is too simple?” It seems to work for Apple, but would it work for anyone else? Below are a few of Evans’ best creations, but head over to his blog to see more.

What do you think? Does he have a point? Perhaps more to the point: seeing these familiar products advertised using Apple’s ultra-simple methods… Do these make you want the products they’re promoting?

(Evans dubbed this one “Starbucks2” since it’s based on Starbucks’ rebranding.)