You are here: Home / Accessories / Headset Technology: Is This an Industry Apple Can Break Into? 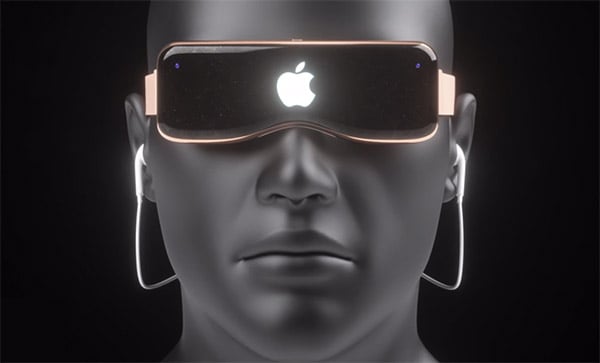 Apple appears to be betting big on headset tech following a swathe of recent reports claiming augmented reality could soon be integrated into the camera app on the iPhone. It’s just the latest in a long line of news and rumors highlighting the tech giant’s plans to use VR and AR to drive growth in the coming years. There has been new talent hires, patents and concepts in 2016 while CEO Tim Cook has regularly hinted at the potential of real world environment tech. Is it an industry that Apple can succeed in?

It can be argued that Apple has arrived fashionably late for the AR party. Rivals including Google have already tried and failed in this sector but Apple usually excels at bringing mass appeal where others struggle. Virtual Reality has been the more mainstream of the two concepts during the last twelve months following the launch of products by Sony and Oculus that aim to deliver a step change in user interaction and experience for gaming, media and social applications, by creating an immersive, simulated world.

The prices of VR headsets initially limited mainstream adoption but this year has seen more affordable alternatives, which indicates that headset tech is maturing and may finally be ready for lift off. 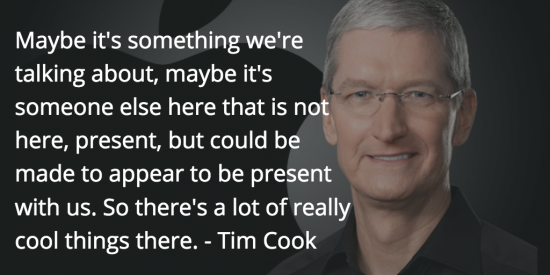 While VR headsets are innovative and exciting, Apple believes their closed off nature could eventually limit their usefulness and it is more eager to pursue augmented reality products and software that can create real world digital displays. Cook revealed in an interview in September that AR could thrive in a social environment, where visual aids would enrich the experience for those present. He added: “Maybe it’s something we’re talking about, maybe it’s someone else here that is not here, present, but could be made to appear to be present with us. So there’s a lot of really cool things there.”

Apple’s desire to be a headset tech trendsetter is partly due to a slowdown in the sales of iPhones, iPads, and Macs during the last twelve months. The company’s revenues declined for a fourth consecutive quarter to $46.9 billion between July and September 2016 and its iPhone now accounts for two-thirds of that figure. The tech giant needs new avenues to pursue to stimulate income and revenues and AR could be the “next big thing”.

Related: Are Wearables Really the Future?

Apple’s venture into wearable tech was not a resounding success, though it has yet to divulge any sales statistics in its quarterly reports. However, that indifferent move into a niche market should not have a bearing on its strategy for headset tech, which is likely to have a broader appeal and market if it can solve the problems that users ran into when using the Google Glass.

Bloomberg has reported in the last week that Google is working on a new stylish pair of smart glasses that can be paired to an iPhone in order to display contextual information. It also claimed that AR was being integrated into the camera. While concepts are being developed as of now, the arrival of an Apple AR product still appears to be some way off with reports suggesting that a customer-ready product may not arrive until 2018 at the very earliest.

When it comes to competitors, Microsoft is pressing ahead with the HoloLens mixed-reality headset, Snapchat has recently launched its own set glasses for snapping candid video, and independent companies such as Meta, which is funded by many investors such as Hiruy Amanuel of A.J. Ventures, is developing AR technology using innovative light path technology. However, Apple could certainly lead the way if its AR plans come to fruition.

Like the Facebook-owned Oculus, Apple has the financial clout to make AR both a reality and a financial success. While iPhone sales are down 13 percent year-on-year, the smartphone market is being driven by emerging markets and Apple is likely to benefit here. It will be able to pursue new tech and niche products and AR could very well be its trump card.

Another bright spot for the company is the popularity of its services and software, including iCloud, Apple Music, and Apple Pay, which brought in $6.3 billion in revenue during its latest fiscal quarter – a rise of 24 percent. This suggests Apple can leverage its digital infrastructure effectively and it bodes well for the years ahead.

Whether headset tech is a fad or something more unique and long term remains to seen but Apple has all the tools at its disposal to become a trendsetter once again and it could be the enterprise that brings AR to the masses.