You are here: Home / Accessories / Blockhead Is the MacBook Charger Plug That We Didn’t Know We’ve Always Wanted 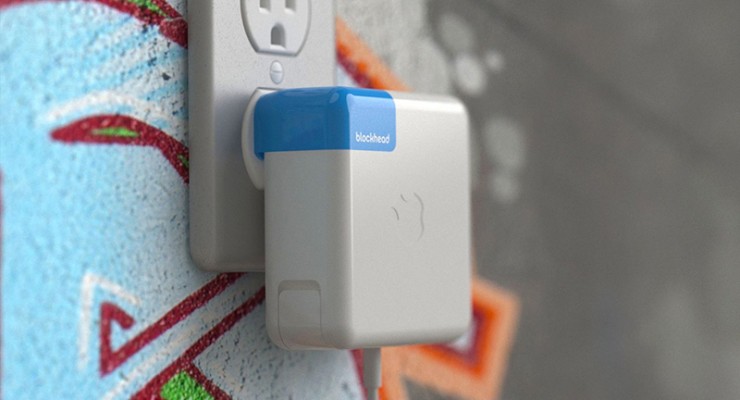 Apple’s design has always been sleek and sexy, as well as functional. We have to admit, however, that they have struggled with charging issues (forever?).

The cables, in particular, are such a pain in the butt. But, have you ever been irritated by the design of the MacBook charger itself?

To be honest, I didn’t really think much of it until I saw this new MacBook charger plug called Blockhead.

Dorky name notwithstanding, Blockhead solves a real problem, which you may or may not have noticed: how the MacBook charger sticks out like a sore thumb – a really huge one at that – when plugged into a wall socket. (This is probably why I didn’t notice it before – I usually plug mine into a strip that’s on the floor.) Enter Blockhead, the MacBook charger plug that is so simple a solution that Apple designers are probably wondering what hit them.

There’s not much to explain, really. It’s a plug that turns your charger sideways so it hugs the wall.

Default charger: couch has to be moved.

Blockhead: couch remains where it is.

*Although I have to say that normally, the couch shouldn’t have been blocking the socket in the first place.

If your default socket is on the wall, then you need Blockhead, because now that you’ve discovered it, you won’t be able to stand the default charger.

One last thing: not to be nitpicky, but I wish they had made the plug white, too. The color difference makes it a bit off. Or is it just me?